Being a statutory body for 72 years, the ICAI has kept its high standards as a regulatory body of the profession in technical and ethical areas for sustaining the stringent quality of examination and education. According to some census, the CA community has around 2.75 lakh members with 8.20 lakh active students as a part of the ICAI.

Every organization and people related to it, expect one or the other thing from their concerned authorities. The same is with ICAI. It has put forth the demand for several powers and their execution for the good of existing and aspiring CAs in the country.

The ICAI seeks powers against the audit firms involved in malpractices. ICAI wants these powers to act against the firms which are involved in wrong and illegal practices such as showing biased reports, lending judgments and opinions, and trying to prove the client guilty or innocent. Following the trend of malpractices of various audit firms, the ICAI had proposed 13 FAI Standards followed by some 8 more to prevent wrong activities of the auditors involved.

For the welfare of CAs and their development in the nation, the ICAI has come up with 13 FAIS (Forensic Accounting Investigation Standards) for the good of auditors. Under these standards,

[Aforesaid are not the 13+8 demands/FAIS, but are some pointers that hint upon what the laws and new proposals laid by the ICAI.]

The ICAI has put up various demands, out of which the ones of most concern are its request for more powers to take action against the ones involved in malpractices. Recently, we have seen a lot of companies involved in fraud. These frauds would have been otherwise impossible if their Chartered Accountant/auditor has not presented discrepancies as facts in the final financial reports.

Such financial frauds and scams are often observed and experienced by the firms whose auditors have multinational accounting firms. These firms are held responsible for frauds because they are illegal in India and in order to make goals of their client success, they tend to opt for alternate methods. The alternate methods are performed with the help of auditors of an Indian entity who has tie-ups with local companies.

Till date, the ICAI only has the power to take actions against the individual offenders and not against the legit firms involved in the scam. Since it lacks judicial powers to punish such offenders of scam/ financial crimes, it has asked the Ministry of Corporate Affairs, Government of India to grant permission to the former so that it can proceed as necessary for the rule offenders.

Also, it has asked the government to amend the Chartered Accountants Act, 1949 so that the apex body can surcharge a fine of Rs. 1 Crore on the Audit firms allegedly found involved in illegal activities that might result in final financial report confusion or a scam tomorrow.

Moreover, the accountants have asked for a 37% increase in the pay packages of Chartered Accountants. Considering the current financial crisis/scenarios, there is a rise in the demand for a need of fresher as well as experienced CAs. Because of this demand rise, a sudden doubling in the number of recruiters was observed; as a result, the available vacancies rose four times when compared to the year 2019.

Furthermore, the ICAI has set Sustainable Development Goals (SDG) that it wants to be accomplished by the year 2030. These welfare targets were set by the UN in 2015. The SDGs cover the sectors of- healthcare, gender equality, clean energy, infrastructure, education, peace, and building strong accountable institutions, in the nations representing themselves in the UN. As per some official statements, Indian companies generate around 15k Crore/- per year on CSR. These are in accordance with the new law proposed by ICAI for the auditors to disclose a certain detail about the company’s expenses to make a mandatory contribution towards the SDG goals (that is to be mentioned in final audit reports.)

The ICAI demands the Chartered Accountancy Certificate to be treated as or equivalent to the Graduation and Post-Graduation degree. The demand seems valid to some extent since the aspiring candidate has to qualify 8 papers along with some practical training that take more than 5 years. Since it takes years more than it is required for one to complete their UG as well as PG, the ICAI wants the accountancy certificate to be treated at par with those degrees. However, in the year 2017, the apex body had written a letter to MCA, GOI for seeking intervention to designate CA-Intermediate as a degree of graduation, and the Chartered Accountancy qualification as a degree of Post-Graduation. This designation is beneficial to the CA aspirants as it will help the Indian CAs globally.

ICAI has also released a document stating its Vision 2030 mentioning its Mission, Strategic Priorities, and Action Plan to achieve the vision expressed during the 62nd Annual Function on 11th February 2012 by Dr. M. Veerappa Moily, Ministry of Corporation Affairs. By the year 2030, ICAI has declared that it will become: 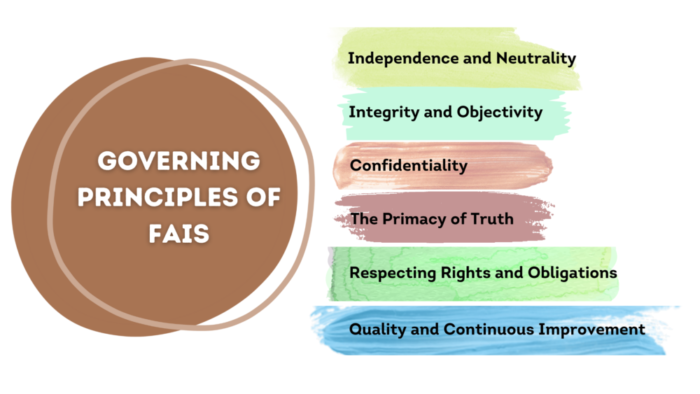 The ICAI assures providing comprehensive education, practical training sessions, and regular professional development to create a base for the profession that keeps them aligned with worldwide practices and innovations in the profession of Chartered accountancy.

To achieve the global agenda of Vision 2030, India has mandated the filing of resource gaps in its financial as well as non-financial reporting from FY 2022-2023.

It has this mission for leveraging technology and infrastructural advances with stakeholders to create and encourage worldwide practitioners and developing to an independent and transparent regulatory body to keep a check over the errors and changes in the industry, as time flows.